When the Falsies Big Eyes hit the shelves, I was beyond excited, since I'm a huge fan of the original Falsies and Falsies Flared. I have never seen Maybelline release a double-ended mascara before. What makes this Falsies Big Eyes unique is that one of the wands is specifically designed for lower lashes. In general, I'm a huge Maybelline mascara fan, but Big Eyes is one of their worst yet. 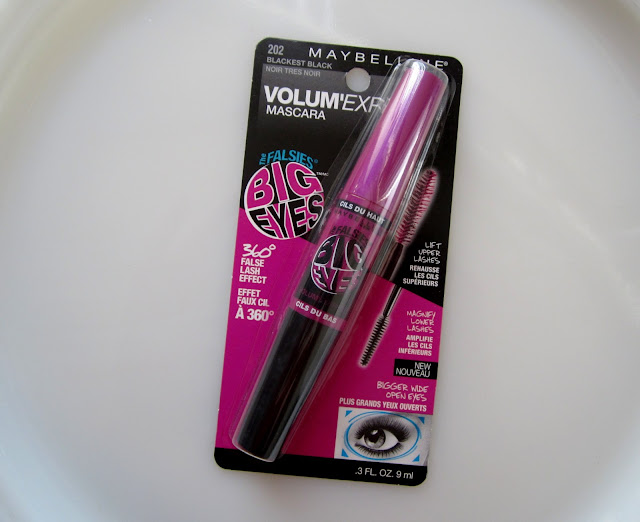 The packaging reads "360 false lash effect. Lift upper lashes. Magnify lower lashes." The eye that you see in the bottom right corner is the 'result' that Maybelline is promising..which of course is nothing like the actual result! 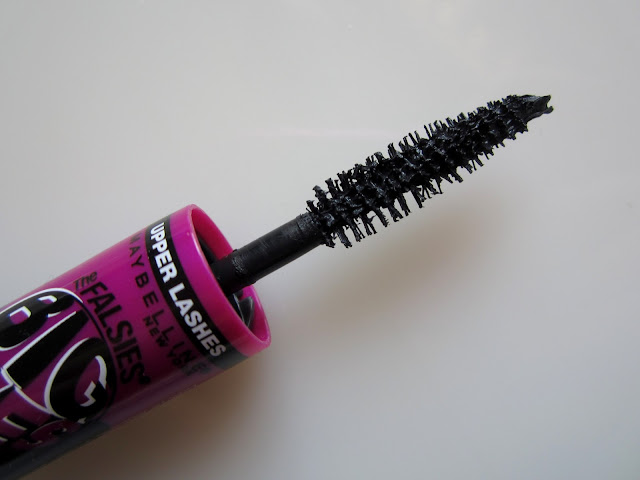 This is the Upper Lashes wand, the bristles are spaced far apart and are covered in extra mascara goo. I'm not very happy with this wand, it makes my lashes stick together into a scraggly mess. It's one of the worst wands I've used in a while. 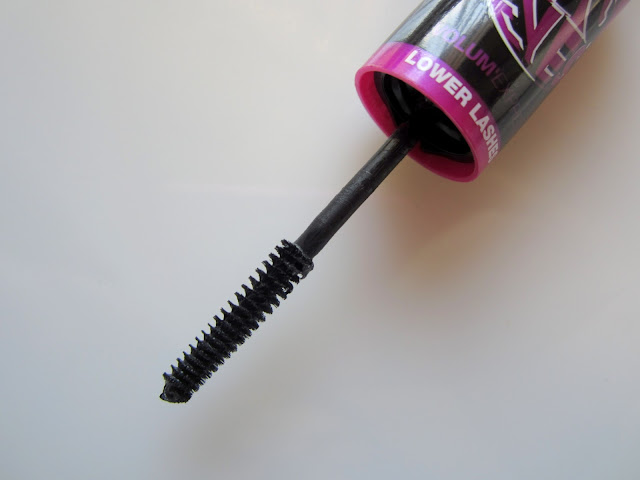 The lower lashes wand is definitely the best part of this mascara. This wand is small enough to coat each tiny bottom lash, and it isn't overloaded with mascara. It's easy to use and defines the lashes, but the formula smudges easily. 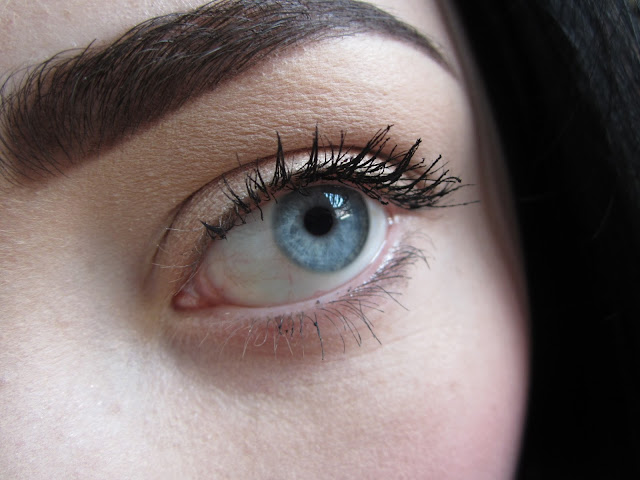 Here are the results. This is about three coats. I had tons of clumps towards the tips of my lashes, no length, no definition, and very little volume. My lashes actually drooped down considerably (you can see some of the lashes are actually pointing straight down). I also had major smudging on the bottom lashes (I'm not wearing any eyeliner) and lots of flaking happened throughout my day. Absolutely dreadful.

Claims: "Revolutionary dual-ended Mascara for 360° all around Lash Glam. Two brushes specifically designed for top and bottom lashes. Special quick-dry formula holds lashes in place"
Formula: The formula is super wet. I tried to dry this mascara up by using it as much as possible, and it never happened! The heavy formula weighed my lashes down, causing them to feel heavy and look droopy.
Wand Type: Both wands have traditional bristles. The upper lashes wand is too gunky to work with, but the lower lashes wand is much easier to use.
Price/Availability: I paid $7 at Wal-Mart

Overall:
Big Eyes did nothing for my lashes, other than make them black. I was expecting the double ended wand to really give my upper and lower lashes a defined, voluminious look, but that didn't happen. Instead, it gave me messy, clumpy, flaky, and droopy lashes. I was impressed with the lower lashes wand, it was tiny enough to coat every lash. However, the formula smudged very quickly. I wasn't impressed with how heavy that both formulas (which I believe are the same) made my lashes feel. I believe the wetness of the formulas is what caused my lashes to look droopy.

It's too bad that this one didn't work for me, I really wanted to like it! I even tried wiping off each wand with a tissue before applying, but believe it or not, I still got the same results. The double ended wand isn't a new concept, but a lower lashes wand is something that I've never seen at the drugstore. If the formula wasn't so heavy and wet, I think Maybelline could have had an innovation on their hands.

You can watch my video review here!

Have you tried this mascara? Let me know your thoughts!
Posted by Hollie at 10:38 AM 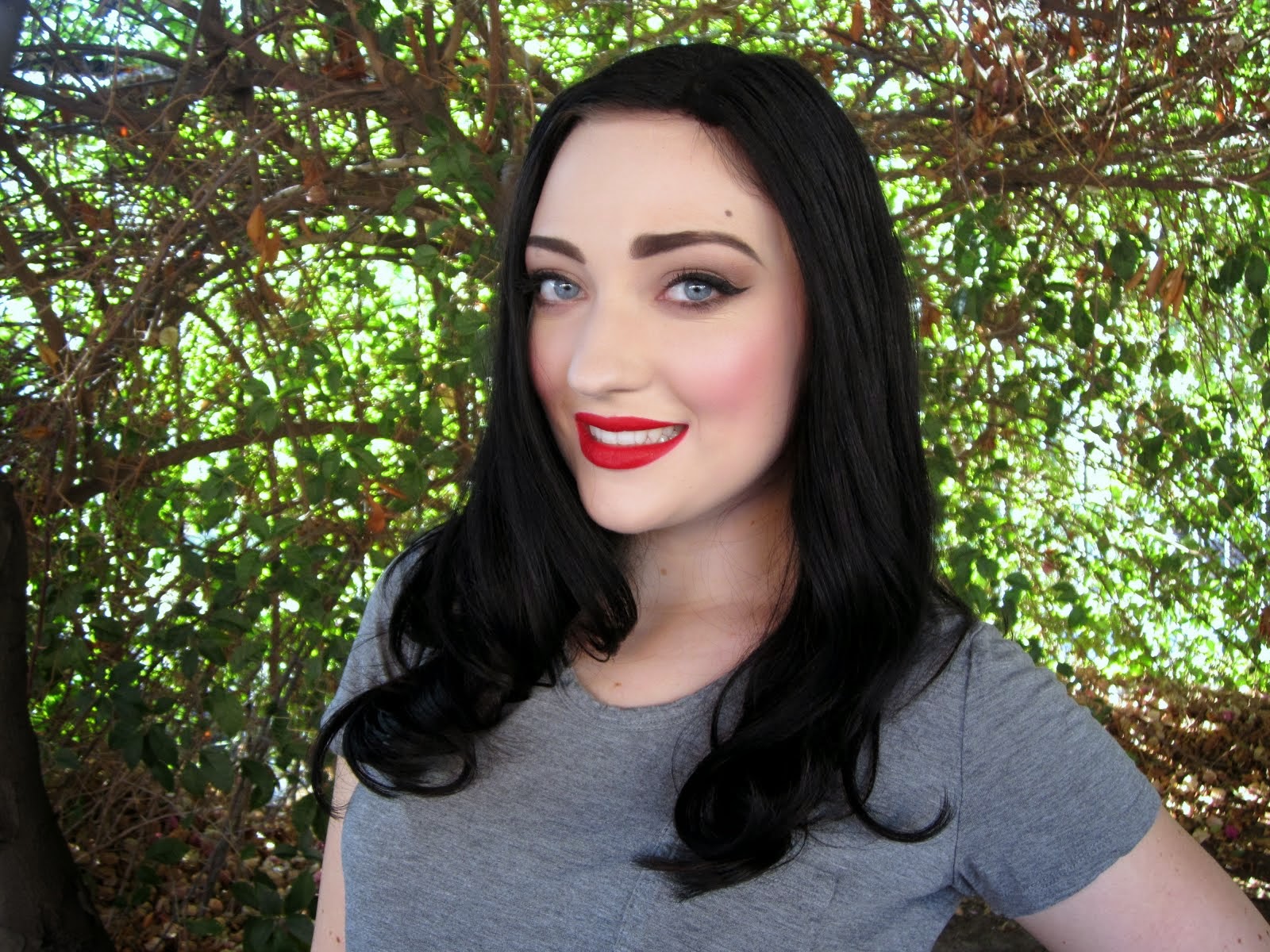